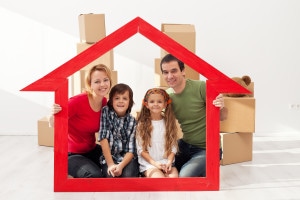 While San Francisco is considered the hub of the Bay Area, it’s dwarfed in size by its high-tech cousin, San Jose. At just shy of a million citizens (at least as of 2010), San Jose is the third largest city in California.

San Jose’s humble beginnings were as a farming community. In 1850, San Jose became California’s first capital. The city’s first boom came after World War II, when it was built as a home to returning veterans. While the city lost its title of the capital of the state long ago, in the 1990s, it reemerged as the capital of one of the state’s biggest economic sectors, Silicon Valley.

Currently, San Jose is one of the nation’s fastest growing cities. It’s also one of the most expensive cities, with median home values climbing above $700,000.

Ninja Movers has made its own home inside Silicon Valley. We’re familiar with the streets and alleys of vibrant San Jose. We know that like much of the Bay Area, San Jose’s population is diverse. Ninja Movers has become one of the fastest growing moving companies in San Jose by embracing the diversity. We understand that there’s no single service that will suit everyone.

Many in the city’s tech center appreciate Ninja’s Movers’ Elite services, which provides soup-to-nuts moving for busy professionals. Some clients are more budget-conscious than time-conscious and we’re happy to accommodate.

Regardless of your moving needs, Ninja Movers has a moving service that will suit both your time and your budget.