The Healthiest Real Estate Markets Are Right In Our Backyard

While Bay Area real estate is still some of the most expensive in the country, the market has been slowing down somewhat. Still, some markets are healthier than others, and as it turns out, two of the healthiest real estate markets in California are right in our backyards. 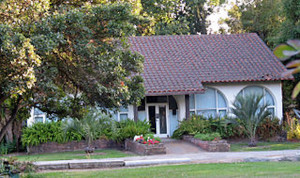 The healthiest market for home sales and for home values is Fremont. Fremont is even affordable, at least with Bay Area wages. The average Fremont homeowner spends only about 22.5% of their income on housing costs. That’s good news in a country where many spend upwards of half their income on housing. Still, the median home value in Fremont is pushing $1 million, which means incomes must be equally healthy.

The fourth healthiest market is San Jose, where people spend about 21 percent of their income on housing. Their homes are somewhat more affordable, but still out of reach for most Americans, at $862,800. So again, expect to need a good salary to not be house poor.

For both Fremont and San Jose, homes sell in fewer than 25 days on average, so expect bidding wars if you are buying or selling in those cities. In the 7th healthiest market, though, a home will spend even less time on the market. In Oakland, people spend just over a quarter of their income on housing with a median home value of almost $680,000.

While only three Bay Area cities made it into the study’s top 10, it’s fair to say that those three cities at least partially represent the market as a whole. The housing market here is still healthy, at least for a while.