How You Can Help The Pets Displaced Because Of Hurricane Harvey

As Hurricane Harvey was about to make landfall, my husband expressed mild dismay at the people who refused to evacuate. His stance softened when I mentioned the impossibility of evacuating nearly 2.5 million people. It softened even more when I mentioned that many of the shelters wouldn’t take pets. We would never abandon our pets, we smugly proclaimed. 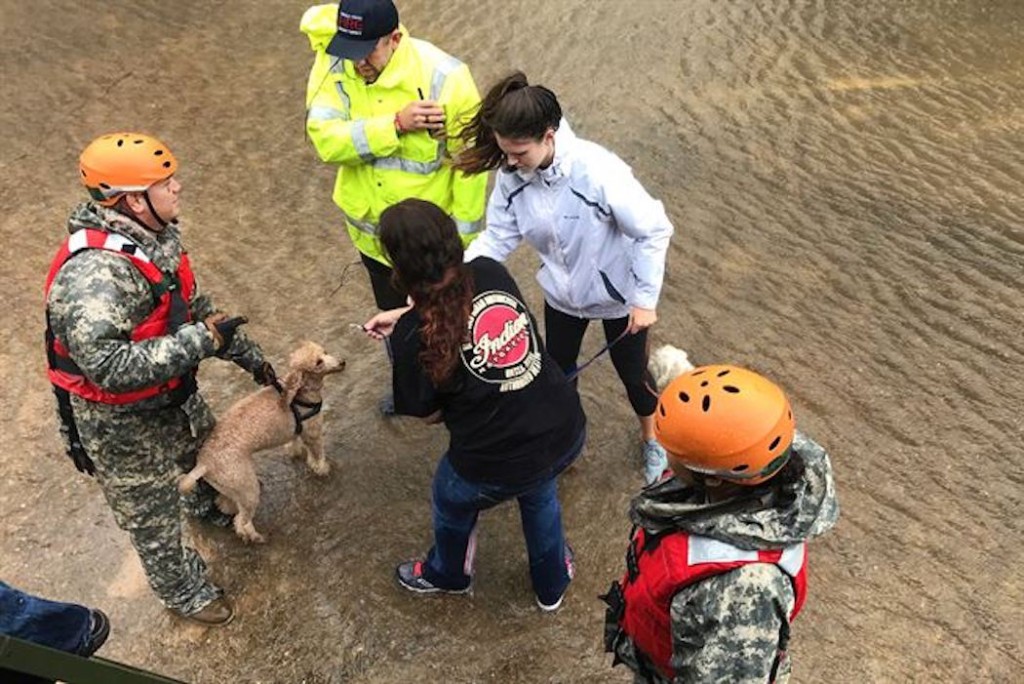 Even that, though, is just a fraction of the picture. I would imagine that most people are like us. They would never abandon their pets out of choice, but when you are at work, or shopping, when the hurricane hits, pets might be left alone and there’s no way to reach them, a fact that leaves millions of pets with no homes, no food and no love.

You can help, though. According to the director of the SPCA in Cincinnati, Harold Dates, giving money is by far the best way to help.

“The best way to offer assistance is to go to the Houston SPCA website, or the Humane Society of the United States or the ASPCA (American Society for the Prevention of Cruelty to Animals). Those groups are the coordinating agencies for relief to go there.”

However, he cautions you not to donate cat or dog food, as there’s no way to get it to Houston right now.

“Trying to do dog food or trying to do other things, it just gets spoiled in the process,” Dates said. “Pet food companies typically donate cases of food, and send them down in special tractor trailer trucks.”

While ultimate goal is to reunite lost pets with their owners, for many, that will be impossible. As many as 100,000 pets were left homeless during Hurricane Katrina. Things have improved somewhat since Katrina. Many shelters do allow pets. Texas law requires that evacuation plans must include pets and service animals. But many, many pets will be sent to shelters across the nation and short of adopting or volunteering at a shelter, the best thing you can do is give money.